From 9 until 20 June 2014, the Turkish Air Force organised another edition of their Anatolian Eagle exercise at its Anatolian Eagle Training Center (AETC) at the 3rd Main Jet Base in Konya, central Turkey. Traditionally, the second edition is an international exercise involving a wide array of countries. Over the years, the AETC has firmly established itself among the ranks of famous training centres such as Nellis AFB (Red Flag) or CFB Cold Lake (Maple Flag).

The 3.Hava Üsü was established on 7 December 1962. the 193 Filo coming from Balikesir, flying the F-84G Thunderjet, was its first jet fighter unit. The base was renamed into the 3.Ana Jet Üs or 3rd Main Jet Base in 1963. Two years later, 193 Filo converted to the F-84F Thunderstreak. In 1967 the base became associated with the training mission for the first time when 131 and 132 Filo were established flying

In 1973, Konya received its first F-100D/Fs when 131 Filo converted to the Super Sabre. 132 Filo followed suit in 1974. The 3.Ana Jet Üs retired its Super Sabres in favour of the F-4E Phantom II in 1987. Fifty-five former USAF F-4Es were received in that year. 153 Filo, operating the F-5A/B, relocated from Merzifon to Konya the following year, changing to 133 Filo in the process. Due to a lack of aircraft 132 Filo temporarily disbanded in 1990, but the unit was soon re-established in 1992, operating former Royal Netherlands Air Force NF-5A/Bs. 1993 witnessed the birth of the famous Türk Yildizlari (Turkish Stars) display team, which was formed from the cadre of 132 Filo. In the same year 133 Filo began flying the NF-5A/B as well, in addition to the F-5A/B, being responsible for Lead-In Fighter Training.

134 Filo was established as the parent unit for the Türk Yildizlari in 1995. By 1999 the base had reverted to its former designation, the 3.Ana Jet Egitim Üs, with 132 Filo becoming a dedicated weapons training squadron, operating both the F-5 and the F-4E. From 2002, the F-5-2000 entered service with the Konya squadrons. In total, 48 aircraft were converted. By 2004 131 Filo had retired the F-4E and was placed into cadre status, awaiting the arrival of the B737-AEW&C. In the second half of the 00’s, 132 Filo received a number of F-16s of various blocks. 133 Filo retired its F-5s in the OCU role in 2012, while May 2014 saw the retirement of the last F-4Es, ending 27 years of Phantom operations at Konya. To compensate for this, 132 Filo received an additional number of F-16s from other units, thus becoming an all F-16 unit and changing its mission from Weapons, Tactics & Test to a fully combat ready squadron.

On 21 February 2014, after a delay of many years, the B737-AEW&C was finally introduced into service with 131 Filo. It was put to the test immediately, providing AEW&C services to the participants in Anatolian Eagle 2014-2. 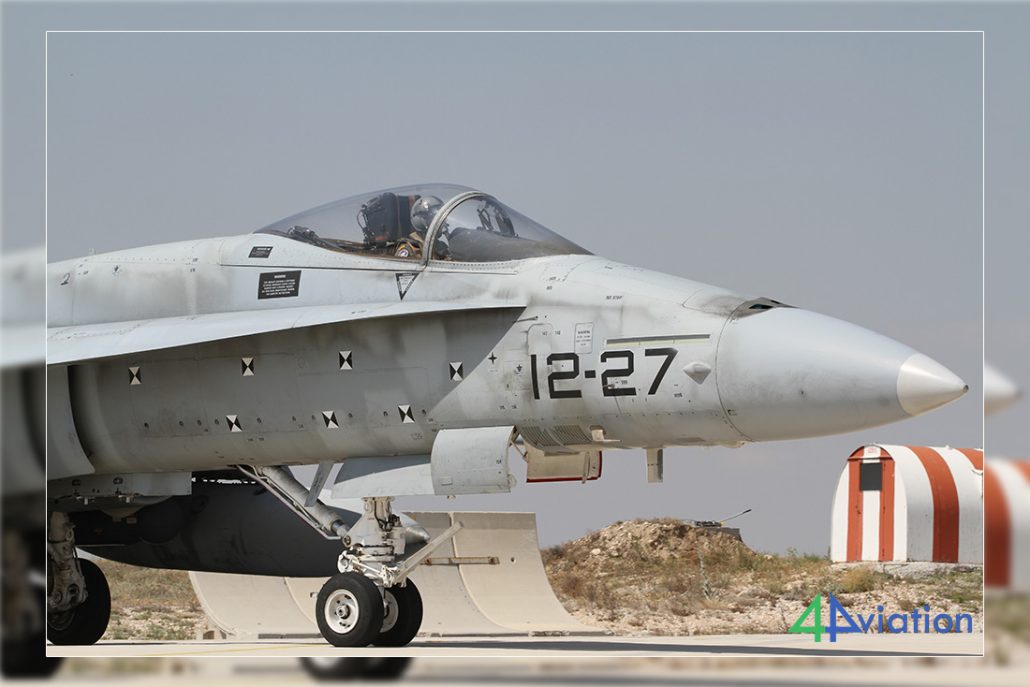 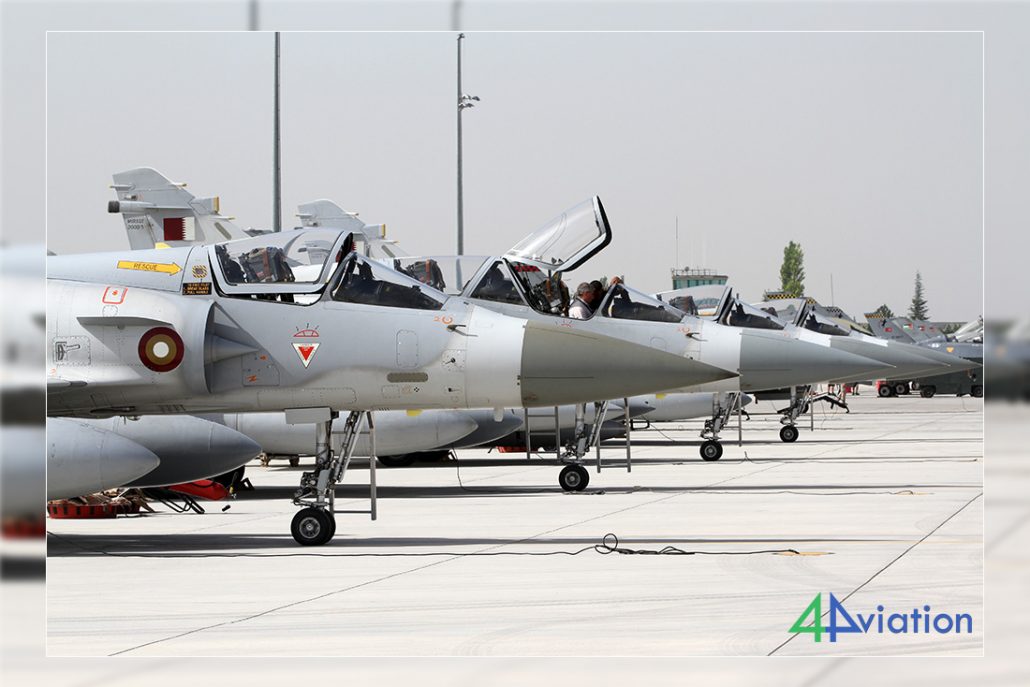 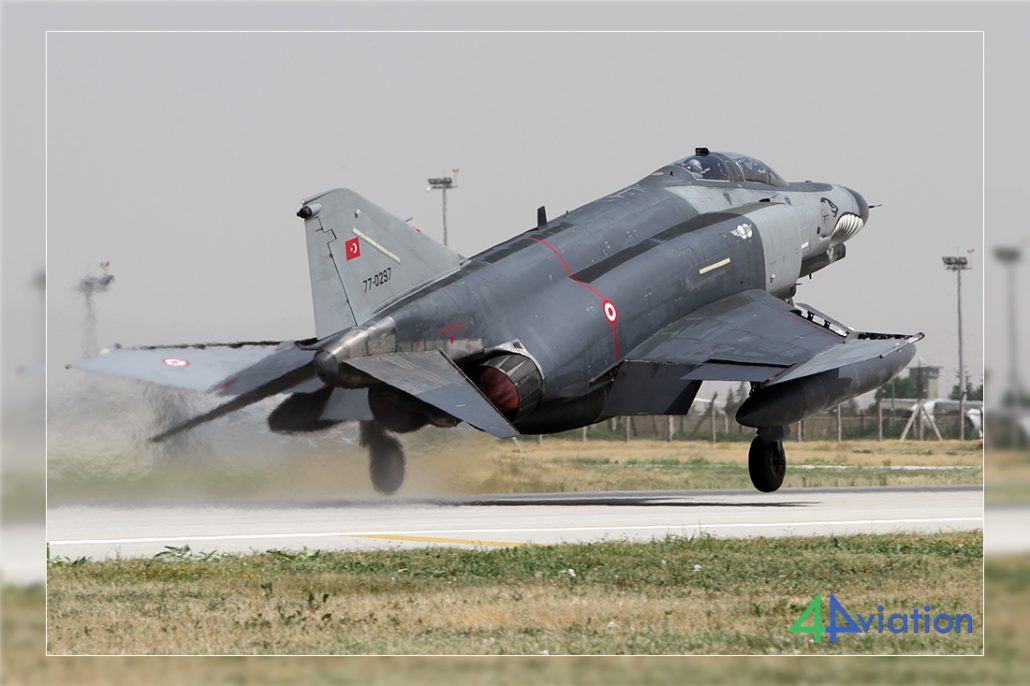 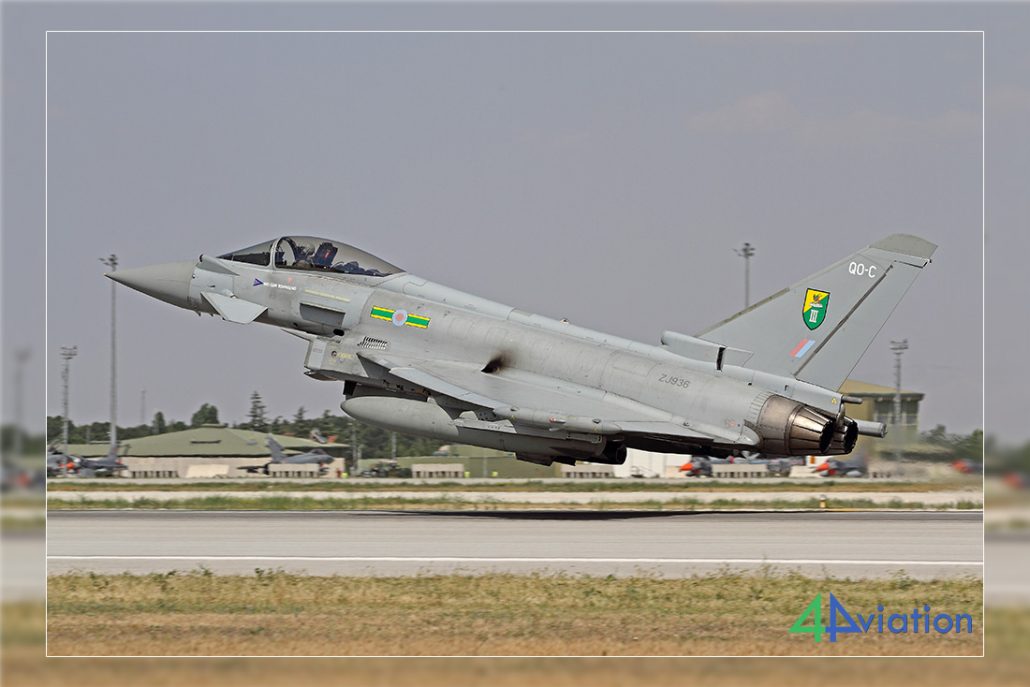 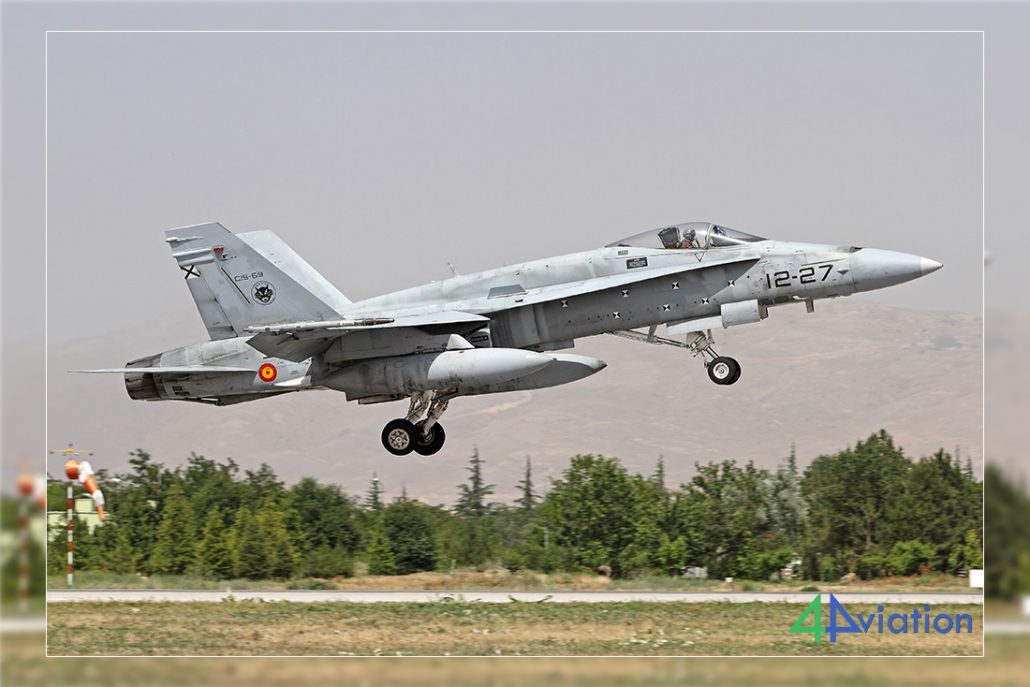 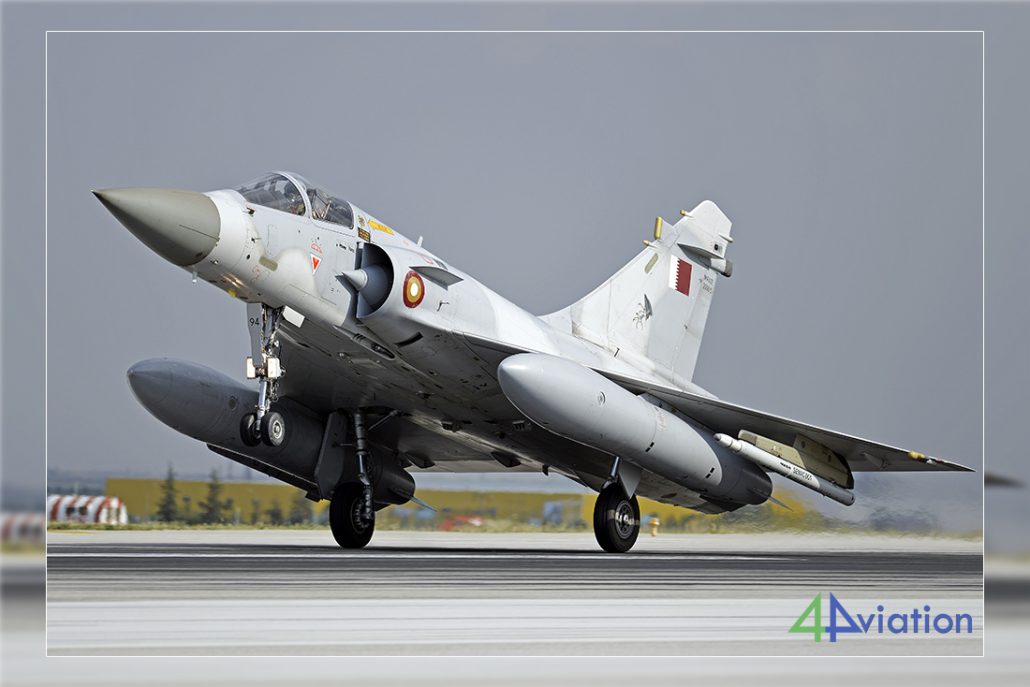 In the second half of the 1990s, the Turkish Air Force started to investigate the possibilities of establishing a training centre on Turkish soil. The orientation included participation in a number of Red Flag exercises as well as a site review of the massive Red Flag training complex at Nellis AFB and its surrounding training areas. In 1998, two Anatolian Flag exercises were organised together with some USAF units. In 2000 the Anatolian Eagle Training Complex plans were presented to the Turkish Air Force command. On 30 March 2001, green light was given to implement the plan and only months later the AETC became operational: on 18 June 2001 Anatolian Eagle ’01 was launched involving Turkish, US, and Israeli participation.

The AETC complex at Konya is nothing short of extremely impressive. The complex houses a massive ramp on the east side of the base including a maintenance hangar and hardened air-conditioned office buildings, mainly for foreign ‘Blue Force’ participants. Participating THK units usually

operate from HAS areas as well as the former 133 Filo ramp on the north side of the base. During Anatolian Eagle 2014/2 this ramp housed an impressive line-up of around twenty-five Turkish AF F-16s, involving aircraft from almost every THK squadron. The west side of the base houses the main

AETC complex including a large central briefing room with a capacity of 450 seats, dormitories, a large mess hall and the White Force Command and Control Center, which is responsible for directing the exercise itself, utilising ACMI systems. In addition briefing facilities for the Blue and Red Forces are also available.

The available training area is located to the south of Konya and its dimensions are 200nm from east to west, 150nm north to south with a ceiling up to 50.000 feet. Effectively about one-seventh of the Turkish airspace is available for the exercise.

An Anatolian Eagle exercise takes place over a two-week period. In the week preceding the exercise the participants arrive, mass briefings and familiarization flights are conducted. In the first week, two missions are flown daily, called Eagle-1 and Eagle-2. On Friday only one mission is flown. The second week has the same daily schedule, however on Thursday only one mission is flown, followed by a mass briefing to conclude the exercise. On Friday the participants return home.

A typical flying day for Anatolian Eagle starts with the briefing for Eagle-1 at 07:30. This lasts until about 09:00, after which Eagle-1 is launched, starting at 09:30. Recovery is between 12:00 and 13:00. While the participants in Eagle-1 are returning to Konya, the participants in Eagle-2 are briefed. This is followed by the debriefing of Eagle-1, during which Eagle-2 takes to the sky. Eagle-2 lasts from 14:30 until 17:30, followed by a debriefing. The training day ends at 20:30. As mentioned before, there are three elements involved in Anatolian Eagle: Red Force, Blue Force and White HQ. The latter is tasked with the preparation of the training scenario, releases the Air Tasking Order, monitors and directs the exercise and evaluates and analyses the training, using ACMI-facilities (Air Combat Manoeuvring Instrumentation). Blue Force is a combined force of both Turkish and international participants. AWACS support to the Blue Force is provided by NATO E-3s, which operate from the Forward Operating Location Konya, as well as 131 Filo B737s. Red Force is all-Turkish and is the training aid for the Blue Force. Its task is to provide the opposing force. For this task, Red Force is equipped with both air and ground based assets. 132 Filo provides the aerial component, forces on the ground comprise Ground Based Air Defences (such as SA-6 Gainful, SA-8 Gecko, SA-11 Gadfly, ZSU 23/4 and HAWK systems) and Ground Controlled Intercept-facilities.

The goals for Anatolian Eagle 2014/2 were the following:

To achieve these, the following mission types were flown:

After visiting in 2011 and 2013, 4Aviation visited Konya again during Anatolian Eagle 2014/2. This year the Turkish Air Force organised three press days. In addition to a massive number of Turkish Air Force aircraft, the exercise again housed a variety of participating units from both NATO countries (the United Kingdom and Spain) and the Middle East (Jordan and Qatar). For Qatar it was the first time that it participated in AE, making it the sixteenth nation to do so. Qatar sent four of its twelve Mirage 2000-5s, supported by two C-130J-30s and two C-17s. It is interesting to see how the scenario for an exercise like AE can quickly become reality, with the current operations against the Islamic State involving a multitude of forces from all over the world. In addition to the flying participants, numerous observers could be seen wandering around the complex including, according to the AE briefing, Australia, Azerbaijan, Bahrain, Bosnia-Herzegovina, Algeria, Finland, Georgia, South Korea, Kuwait, Macedonia, Romania, Chile and Greece.

Turkish Air Force participation included almost every F-16 unit in the THK. Only aircraft of the two Diyarbakir-based squadrons were not noted among the fifty (!) F-16s seen over the three days of our visit. Six of the Merzifon-based 5.AJU aircraft were operating from the AE ramp while most of the remaining aircraft flew from the former 133 Filo ramp or the 132 Filo shelter area. It was interesting to see that the delivery of the new block 50+ aircraft to 4.AJU at Akinçi in 2011 appears to have resulted in a reshuffle of aircraft within the THK. For example, 152 Filo at Merzifon appears to have shifted from block 50 to block 30 aircraft previously assigned to 143 Filo, while 132 (Konya) and 143 Filo (Akinçi) received block 50 aircraft from Merzifon. The new F-16C/D-50+ are confirmed as being operated by both 141 and 142 Filo. 141 Filo also flies the block 40, 142 Filo also the block 30.

In addition to the F-16s, no fewer than eleven F-4E-2020 Terminators took part in the exercise. They came from 1.AJU at Eskisehir and 7.AJU at Malatya-Erhaç. During the exercise some of the Phantoms were seen carrying the impressive AGM-142 Popeye missile.

The authors express their gratitude to the Turkish Air Force for the hospitality that was given. Many thanks go to staff at Konya air base, in particular Major Hasan Saffet Çelikel, for the virtually limitless opportunities provided to take photographs from the best possible vantage points. Finally, the authors thank the staff of the Turkish Air Force Headquarter’s Public Affairs Office, in particular 1st Lt Mehmet Aslan, for their guidance, patience and company during the visit. 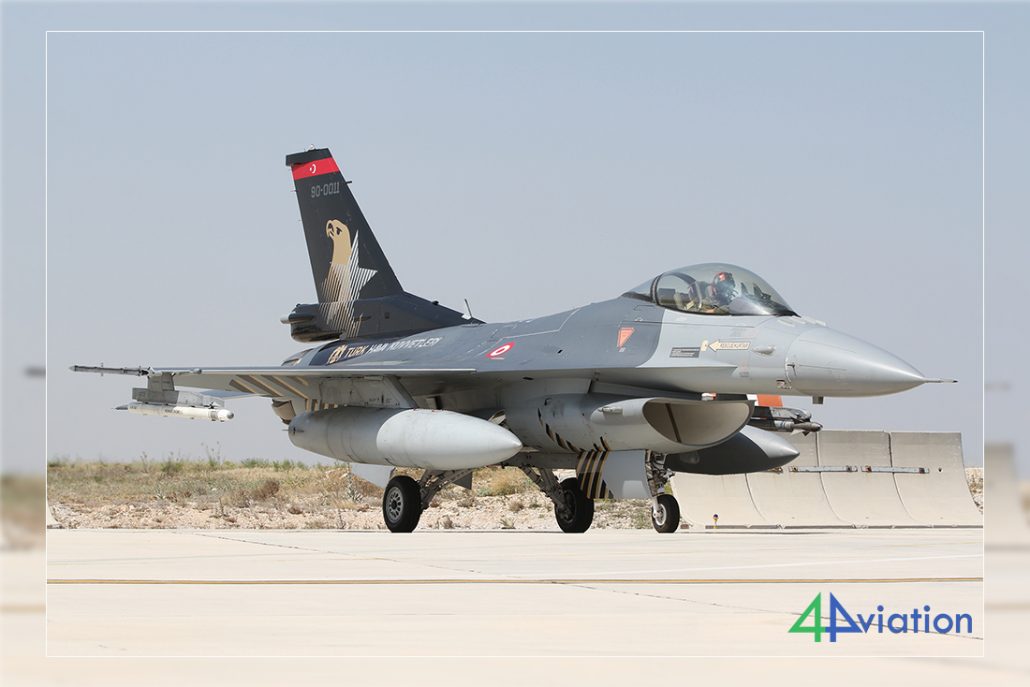 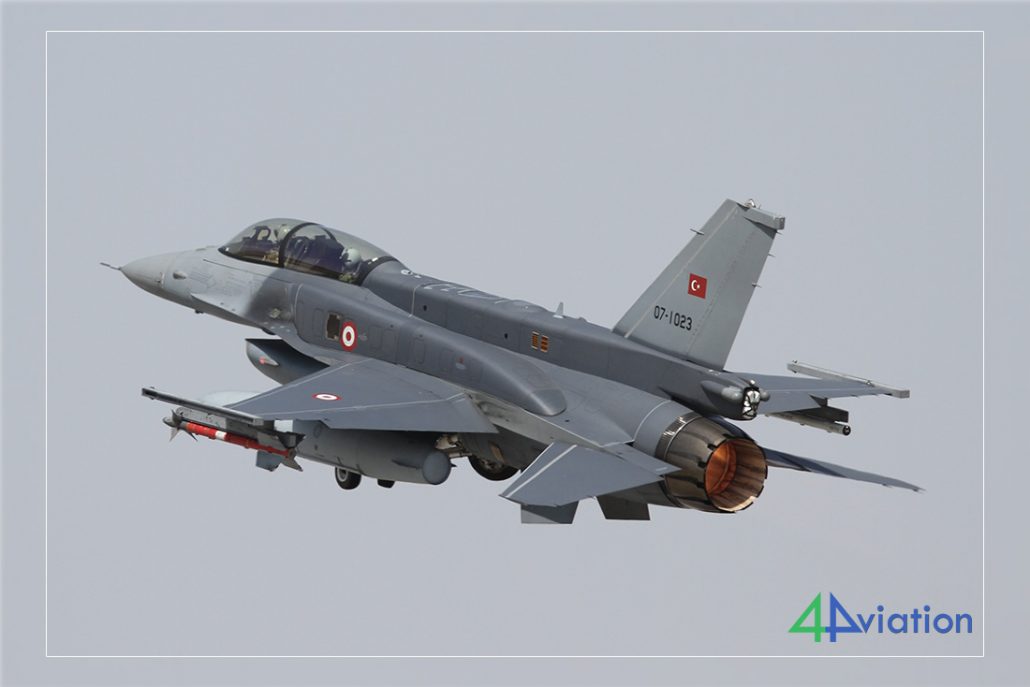 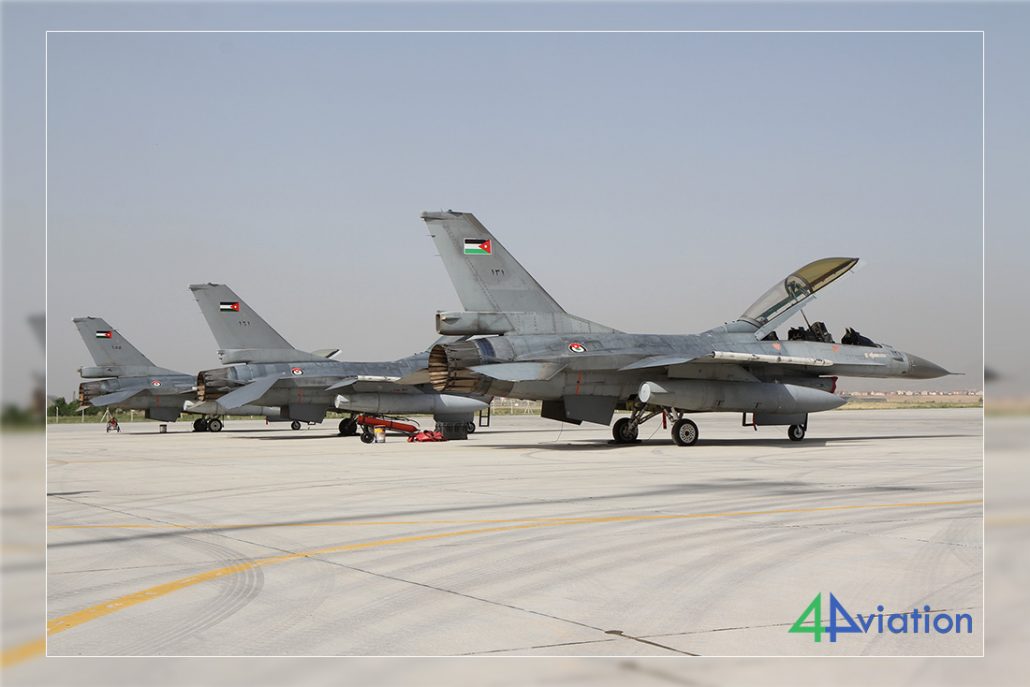