Despite being the smallest country in Central America, El Salvador has in potential an Air Force that can match its neighboring countries and the internal needs. However, with the status of their airframes and the operational strains on their capacities because of international operations, structural steps will need to be taken to ensure the future of the Air Force.

The history of modern-day El Salvador dates to 1841 when El Salvador gained independence after the Federal Republic of Central America fell apart in 1839. El Salvador borders the Pacific Ocean on the west, and the countries of Guatemala to the north and Honduras to the east. It was not until 1923 when the Salvadoran Army Air Force (Fuerza Aérea de El Salvador or FAS) was formed, then named Flotilla Aérea Salvadoreña. Already years before that, in 1913, the first steps in aviation were taken when a self-built aircraft took to the sky (but unfortunately crashed after a 50 meters). After forming the FAS, a quite large and potent Air Force was built with help of the USA, consisting of FG-1D Corsairs and Harvards and later F-51 Mustangs and a B-26. In 1969, war with neighboring Honduras broke out and many of the types, including Dakota’s, were used as bombers in the 100-hour war.

The jet-age in El Salvador started in the seventies with the delivery of eighteen MD450 Ouragan and five CM170 Tzukits from Israel (in a time that US embargoes were in place, preventing acquisitions from the USA). The Ouragans were intensively used in the civil war against FMLN guerilla groups between 1980 and 1982. The FLMN managed to destroy several Ouragans in counter attacks, urging the FAS to acquire new aircraft. As the US embargoes were dropped, the first 15 Cessna (O)A-37s Dragonfly were delivered from USA, and still soldier on nowadays. 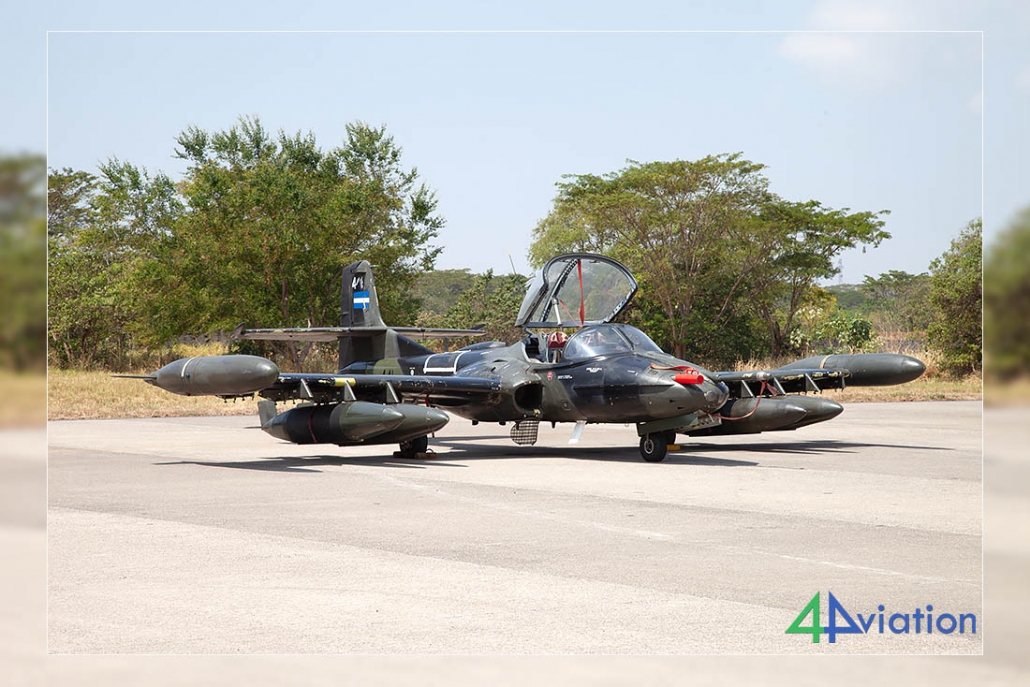 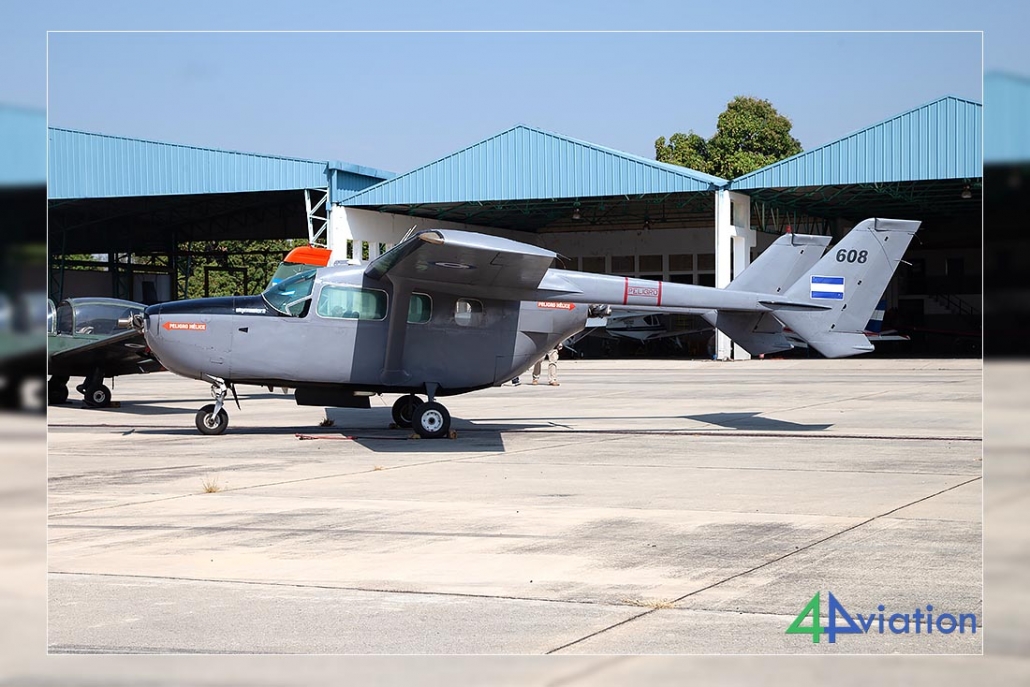 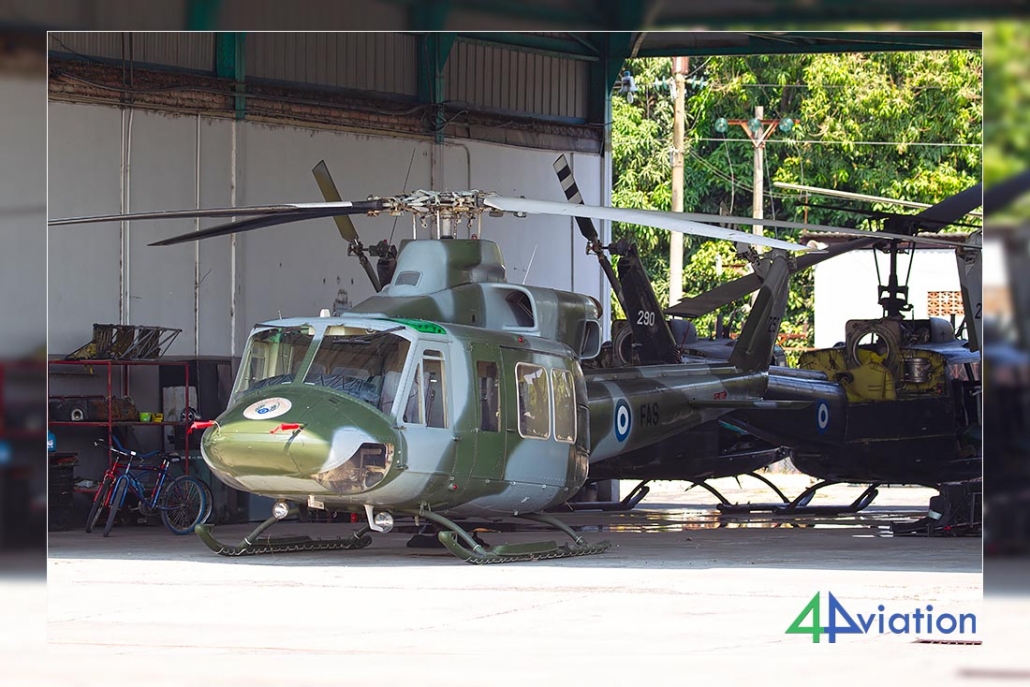 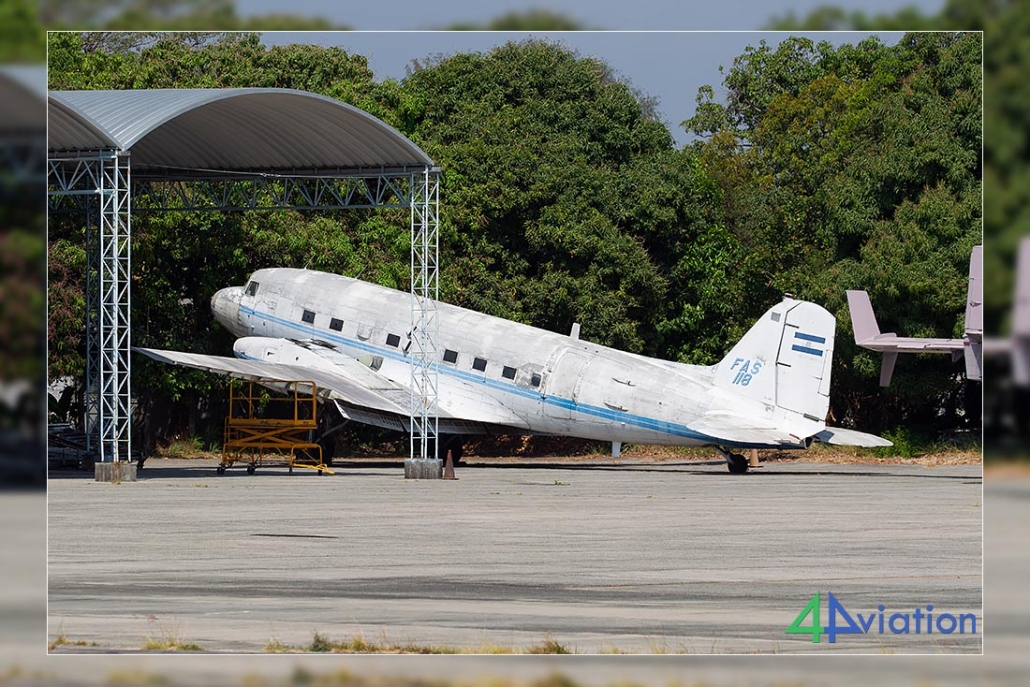 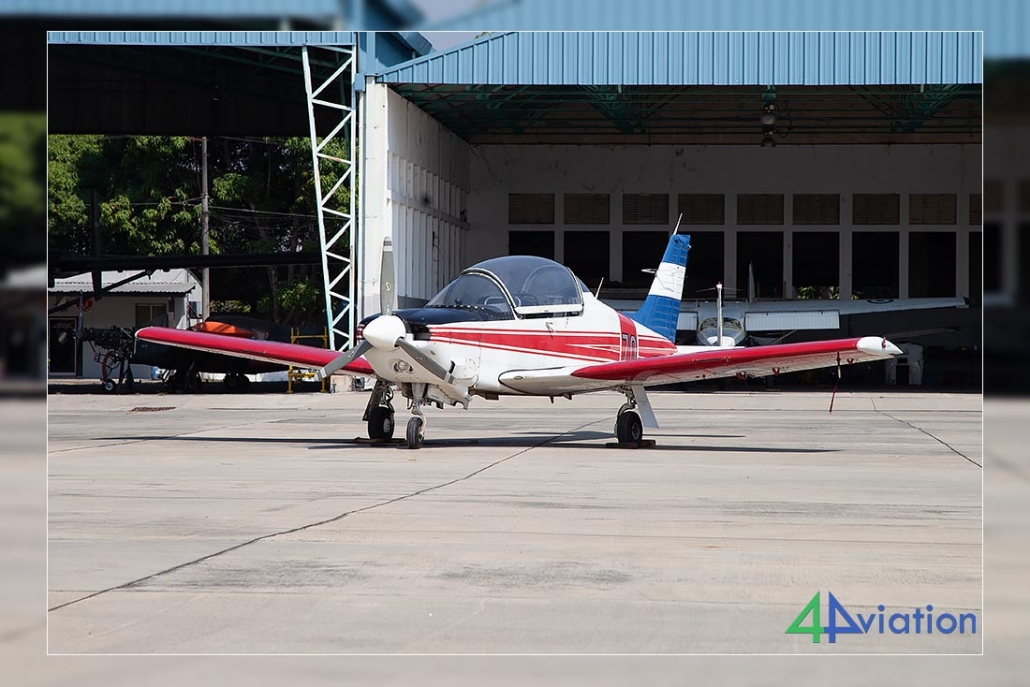 The Centro de Educación e Instrucción Militar Aeronáutico (CIMA), or The Center for Education and Military Aeronautical Instruction (CIMA) was established on 16 July 1987 following the need for a specialized center of the education of aviators and technical personnel. The Centre reports directly to the Headquarters of the FAS and has three subordinate units. The Escuela Técnica de Mecánica en Aviación “Cap. PA Guillermo Reynaldo Cortez” (ETAM) has its history in 1923 when the Salvadoran Air Flotilla was founded on March 20 of that same year. In that year, when the institute was just called Escuela Militar de Aviación or Military Aviation School, the first students graduated. The school was later dubbed “Captain General Gerardo Barrios”, before receiving its current name in 1983 (named after “War of 100 hours” hero Captain General Gerardo Barrios), delivering its first graduates in 1985. Besides the EAM, the CIMA also incorporates the Technical School (Escuela Técnica de Aviación/ETAM) and the School of Military Aeronautical Perfection (Escuela de Perfeccionamiento Aeronáutico Militar/EPAM) offering several courses for officers.

The EAM, based at Ilopango, uses a single ENAER T-35A Pillán and three ENAER T-35B-3 Pillán for their basic (fixed wing) training syllabus. Originally, seven were delivered from the late nineties (2x T-35A and 5x T-35B-3) but three were lost in accidents. The aircraft, locally dubbed Azul, were to gradually replace the MS893-235GTA Rallyes that are in use since 1979, but two of these aircraft are still going strong in the fleet as well is a single T-41. Aspirant pilots start with 20 hours on the simulator before transiting to the Rallye. After 20-30 hours on this type, another 20 hours of simulator time is needed, this time for the T-35. Both the Rallye and T-35 simulator were developed in El Salvador, using airframes withdrawn from use, after the T-35 simulator provided by ENAER had major technical issues over a longer period. Final part of the training is done on the single Ce337G.

For rotary wing training, the EAM has four Schweitzer TH-300C Halcón helicopters that have been in service since 1986. Helicopter pilots start their career with 20 hours on a TH-300 simulator, again locally built, before they are can start flying on the actual helicopters. Simulator and actual TH-300 combined, the syllabus consists of 50 hours of training.

Sharing the facilities with EPA at Ilopango is the Primera Brigada Aérea, founded under its current name in 1994, consisting of two units; the Grupo de Helicopteres and the Grupo de Transporte. The latter uses, in theory, two types: the IAI202 Pegaso and the BT-67. The FAS has a long history of several subtypes of C-47s in service since the sixties but currently on two, out of four delivered, converted Basler BT-67 remain in the inventory. However, one of them is in operational storage while the other recently had an incident and is awaiting final checks to re-enter service. Main tasks of the BT-67s are transport, support for Special Forces and drug interdiction missions. For this task, the aircraft are fitted with FLIR and machine guns. Another classic type, but more current than the Basler BT-67, is the IA202, locally dubbed Pegaso. Three IDF/AF airframes were delivered from Israel in 2008. Two of them remain in service for transport duties, while another aircraft is in storage. For training and liaison duties the Grupo de Transporte uses two Ce210s and a single RC114.

The Grupo de Helicopteres has a mixed bag of types. Five Bell 412EPs are used, of which one for VIP-duties, eight MD500Es and nine UH-1Hs. Besides that, a single Bell 206 and Bell 407 are used for Government VIP flights. Most of the UH-1Hs are awaiting upgrade to UH-1H-II standard if this ever will materialize.

When finishing the training at the CIMA, fixed wing pilots that are selected for the A-37 are transferred to the B.A. de Comalapa, where the Segunda Brigada Aérea (second flying brigade) is based. The Segunda Brigada Aérea was formed in 1968, shortly before the 100-hour war. Generally speaking, new pilots need about 40 hours of conversion on the A-37 before they are fully operational. Besides the A-37, the unit flies six number of O-2s for liaison duties and training.

Despite the fact the FAS only has limited funds and operational capacity, it has a strong participation in the Peace operations in Mali called United Nations Multidimensional Integrated Stabilization Mission in Mali (MINUSMA). Three MD500Es, 13 pilots and 90 other personnel are based at Timbuktu supporting the Quick Reaction Forces operating from there. Pilots support the mission with day and night operations, using NVG for the latter. The Salvadorian forces operate independently of any direct support from any other country as part of a UN operation, a first for El Salvador. The operation is called “Torogoz”, after El Salvador national bird (turquoise-browed motmot) and is now in its fourth rotation since 2015: Torogoz IV. More recently, the FAS deployed three more MD500s to Mali. In December 2018 it shipped the helicopters to Gao, replacing the four German Tigres that left earlier in 2018. The deployment, named Gavilan I (Gavilan meaning Hawk), brings the total of FAS personnel involved in Mali to over 200.

In September 2016 it was announced that the FAS was to upgrade its UH-1H helicopters to UH-1H-II standard but out of the current fleet only was upgraded so far and lost in an accident in November 2016. There was an opportunity to acquire four Hueys from Taiwan but after El Salvador initiated diplomatic ties with China, these chances seem slim. The A-37s are in need of replacement but still soldier on as the current government has not found a successor yet. With a new President recently elected, hopes are that more attention goes out to the needs of the FAS and the upgrade of the fleet of aircraft. Looking at the operational capabilities of the FAS, the fleet and operability seem to suffer from budget cuts and Operations Torogoz and Gavilan. With so many people of the FAS involved in this mission, training and daily missions in El Salvador are scarce, with the A-37s only flying every other day. 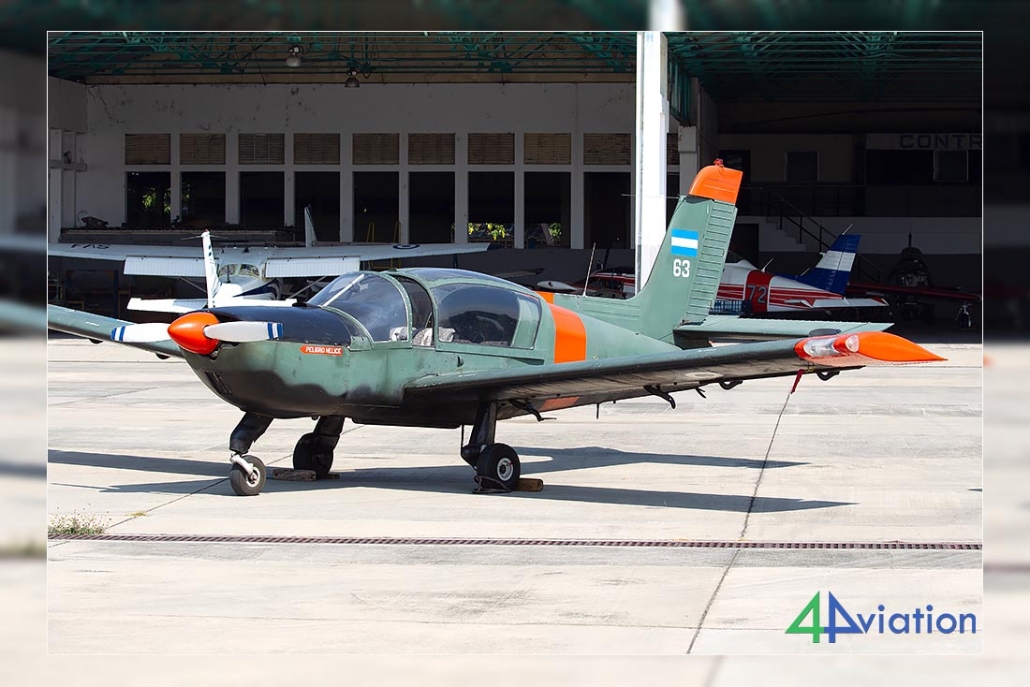 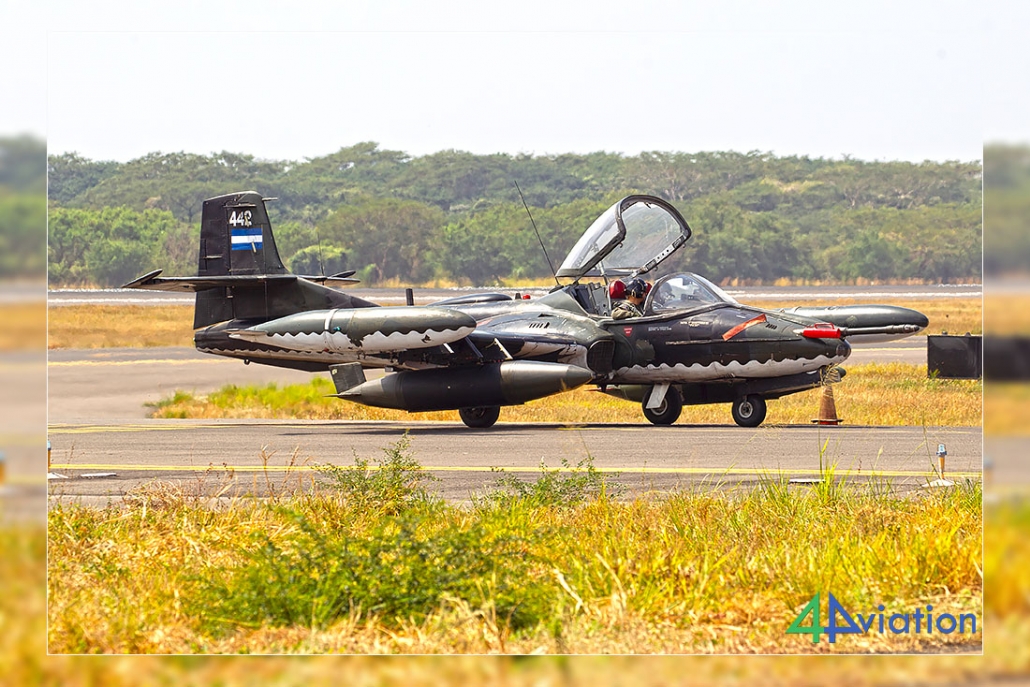 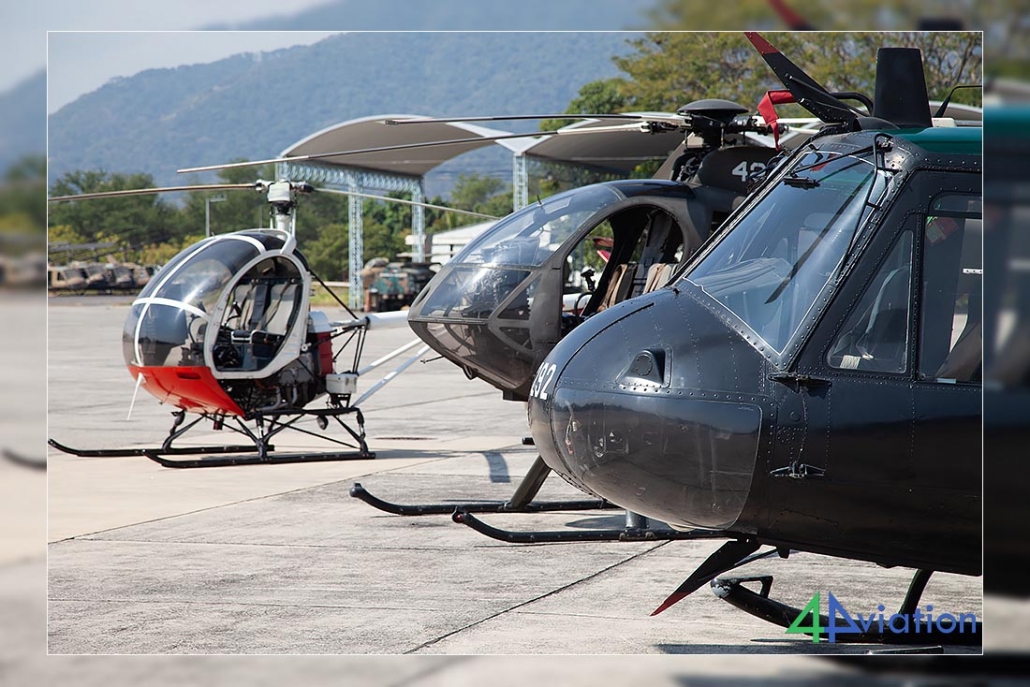 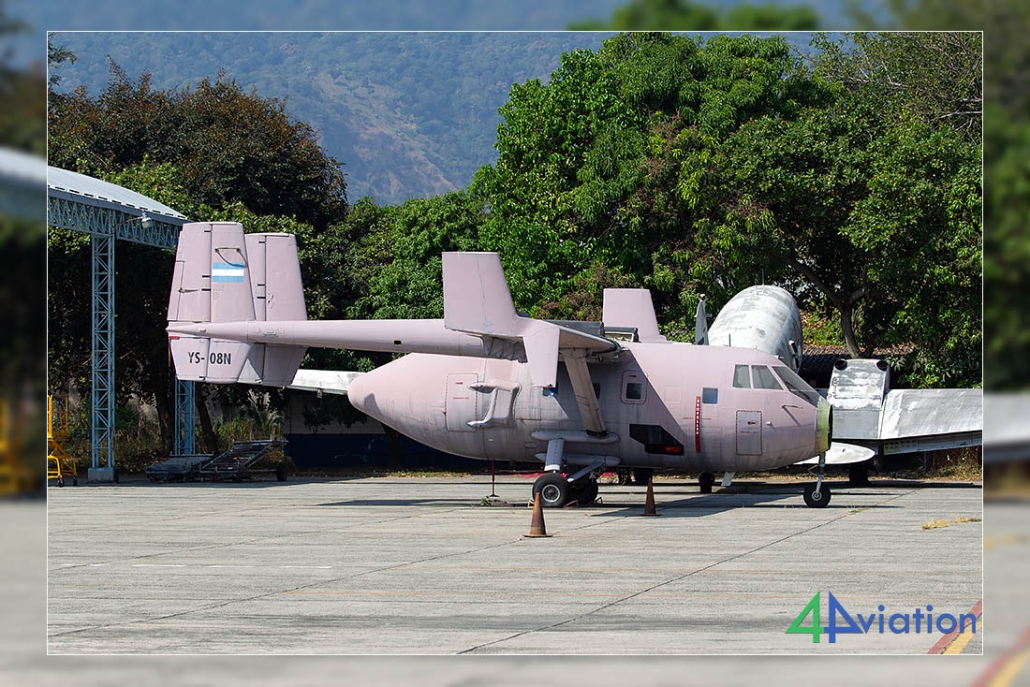