The fifth edition of the Bahrain International Airshow was held at Sakhir Airbase from 14 to 18 November 2018. For the first time since its maiden edition in 2010, the bi-annual show was held in November instead of January to prevent overlap with other shows in the region. 4Aviation made their third consecutive trip to the show. Andy Binks wrote a report about it that was published in Flymag 2019-03: Flymag Andy Binks 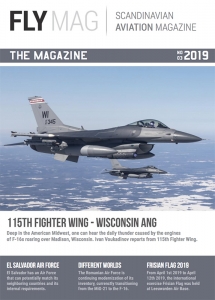