Arjen Weterings took a flight in the Hradec Kralové based MiG-15UTI, OK-UTI/2514, on 27 July 2021. He was very eager to share his experience and we are very happy to present it to you here.

For years I had the wish to one day fly in a jet to experience what that feels like. Just knocking on someone’s door is not that simple and I am not one of the lucky few with the right connections. The closest I ever was, was in Russia, at Kaluga. Here, a DOSAAF L-29 was present for sightseeing flights. I hesitated for a long time but in the end I didn’t proceed. Afterwards I regret this a lot, but these things happen… it’s no use crying over spilled milk. Years later I was once offered a flight in the Hawker Hunter of the Hawker Hunter Foundation in Leeuwarden, but this opportunity also went by… Bummer.

But don’t worry, in the meantime I just kept traveling and photographing which is my main goal after all. Until Covid presented itself and everything suddenly came to a standstill. Somehow I had the idea that this would be of a very temporary nature and that the suitcase could be packed again quickly. None of that. In the meantime, I occasionally came across the 4Aviation newsletters and also the website where flights in jets are offered. In the back of my mind I thought: That’s cool, but it’s not cheap and I put the idea aside again. Until after almost a year and a half I was like: With the money I normally spend on trips, I can easily take a cool ride in a jet… Why not?

After a lot of thinking about whether I would do it and with which aircraft I would like to fly, I chose  the MiG-15UTI. A serious fighter aircraft, even if it is the first generation. An icon. Then I called Stefan and asked if he could arrange that for me. And then it all went fast. My holiday was scheduled at the end of July, a great moment to make my dream come true. After the necessary formalities, an appointment was made for Tuesday 27 July at the airport of Hradec Kralové. The last time I had ever been to the Czech Republic was in 1993… also at Hradec Kralové. Monday morning, 26 July, I got in the car for the 1015 kilometre drive, on my way to fulfil my childhood dream. 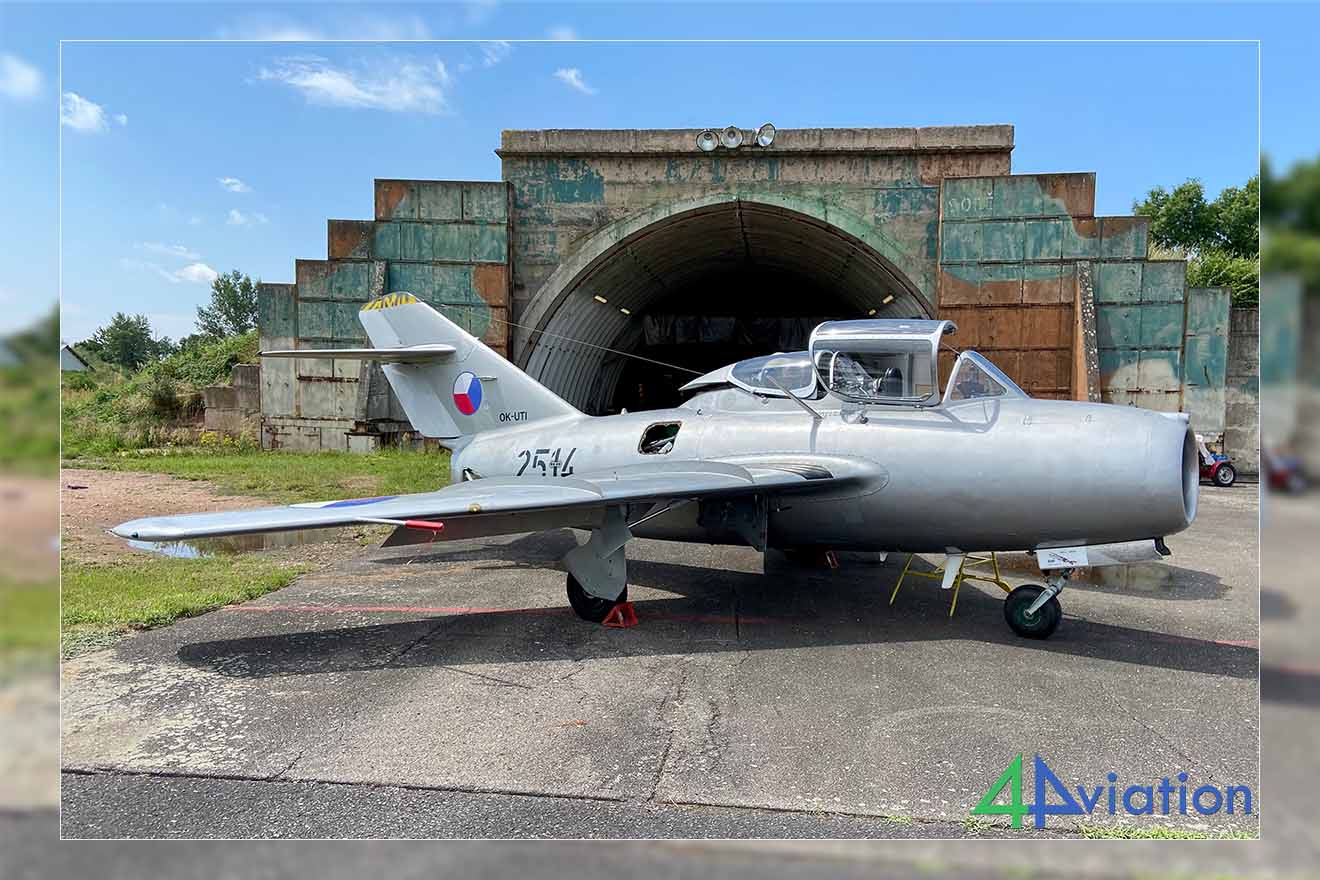 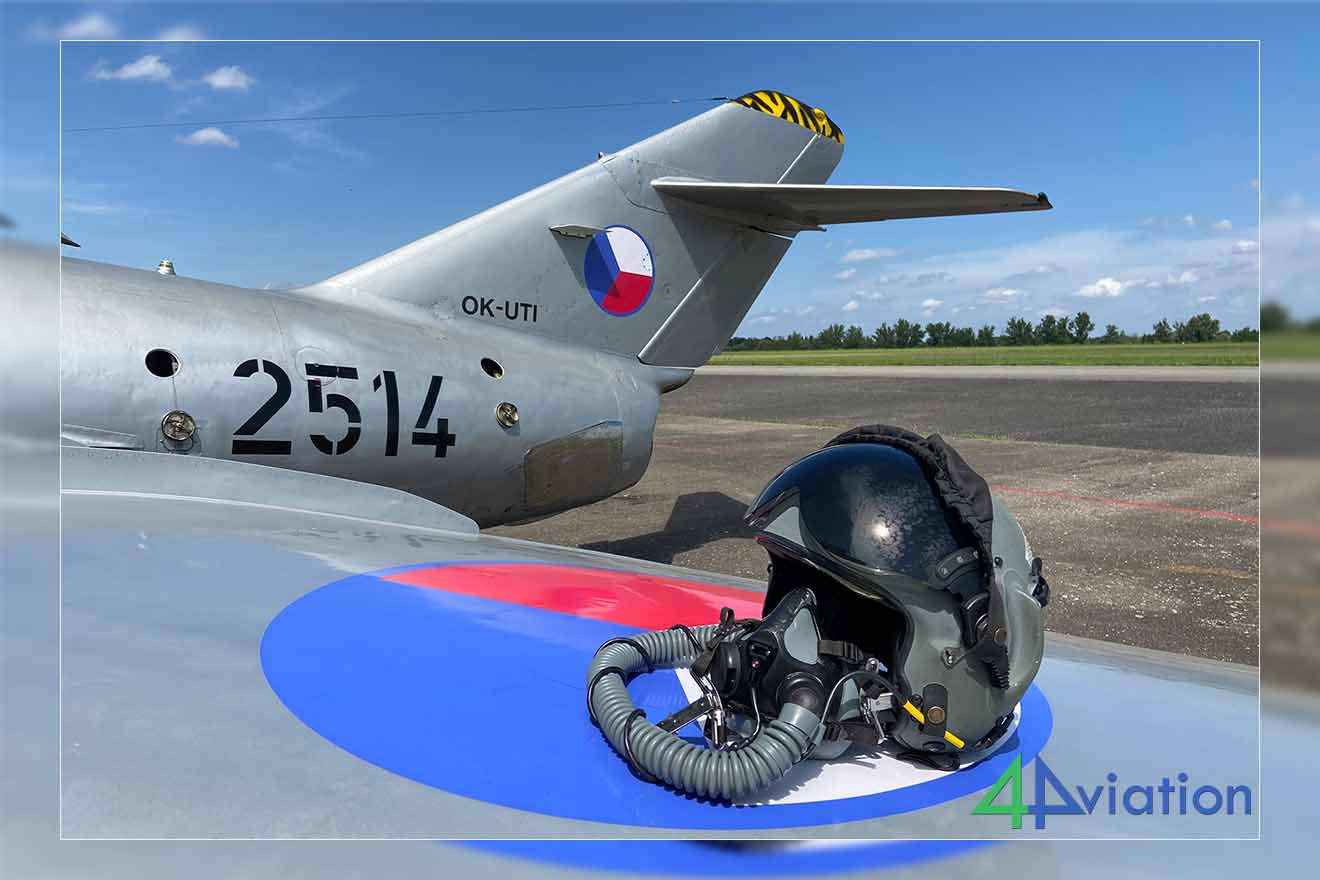 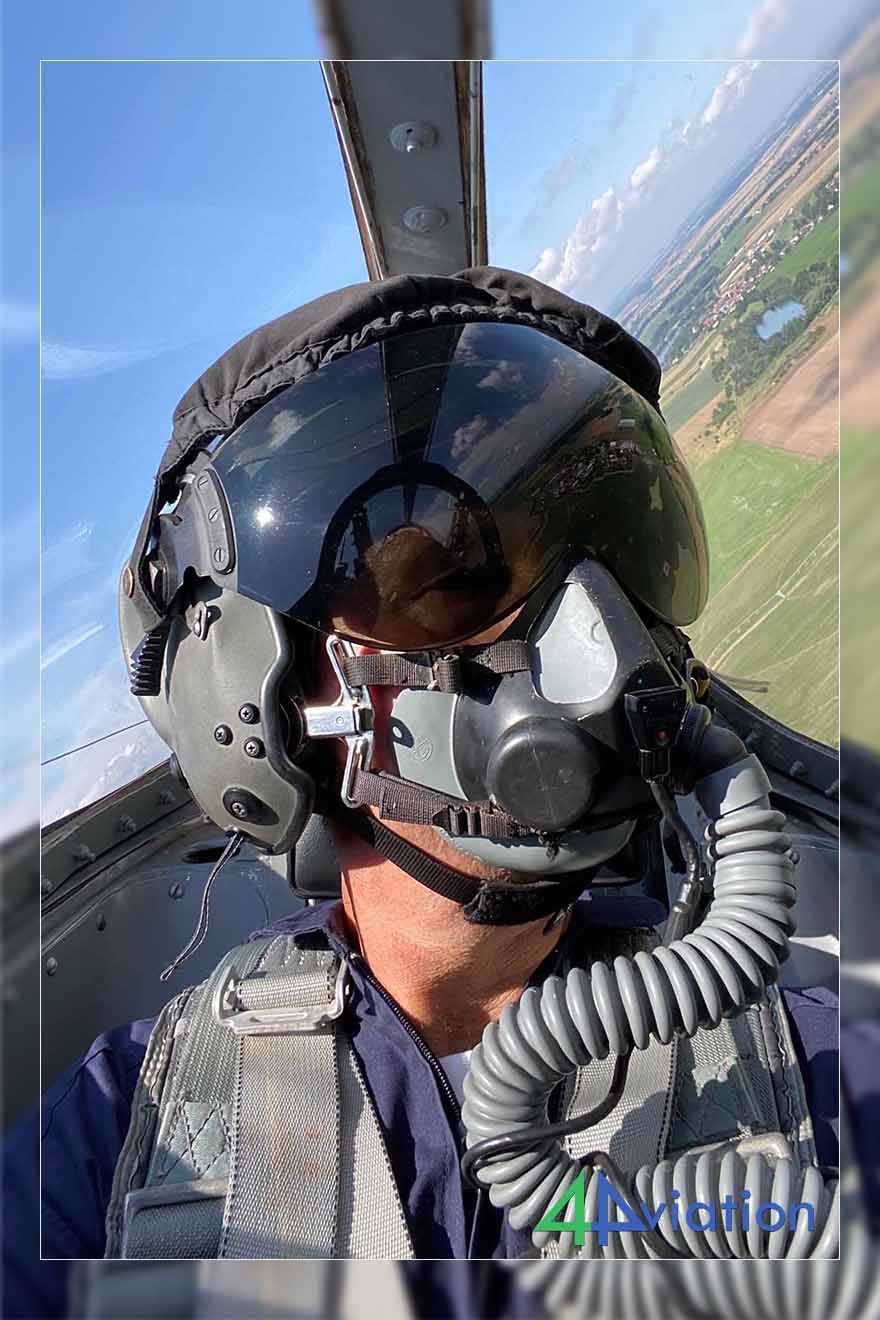 Tuesday 27 July it was finally time! Very excited, since this was one of the coolest things I could imagine. On the field I was met by pilot Roman, former Gripen pilot and test pilot with the Czech Air Force. In the shelter the final checks were done by the crew chief, who also happens to be called Roman. He was also a pilot in the past and, after purchasing the MiG-15, he invested 2,500 man hours in making and keeping this aircraft airworthy. After the aircraft was found to be completely ok, we had to push it outside with 3 men. Let’s just call this a warming up for the flight. While the aircraft was being refuelled, I was able to put on my overall inside and select a suitable helmet, followed by a short briefing.

While inside the aircraft, the necessary safety instructions and directions as to where what was, what you could and should not touch, and the flight plan for my adventure followed. Then I was strapped in tightly, I could put on the helmet and the engine was started, that was quite a memorable moment. Slowly you could hear the Klimov VK-1 engine revving up which slowly built up the tension for the coming climax. The canopy was closed and we started taxying… Cleared for take-off runway 15L. What followed then was basically a solo display like seen at an air show with everything included. Awesome! Split S, Immelmans, looping, highspeed pass with victory roll at the end, and the opportunity to make 2 more turns myself ? Meanwhile, with every manoeuvre, it was reported how much G it would be. Not unimportant… At the first 5G bend I was not paying attention and the blue sky quickly turned black around me. Fortunately I was able to take a deep breath just in time and everything turned blue again ? 5G is about the max what is flown without a G suit with wannabees like me. I weigh 85 kg myself and that suddenly becomes 425 kg, and you certainly notice that. You can feel everything in your body going to your toes… Pretty rough.

After about 20 minutes playtime was over and “Cleared for landing on runway 33R” was heard. During the taxiing there was a lot of attention for us in our beautiful aircraft, many people from companies based in the field were filming with their mobiles. With the canopy open and waving friendly we taxied back to the shelter where the crew was waiting for us. After the necessary checks, the engine was turned off, I was released from the belts in the rather tight hot cockpit (I’m 1.90) and a handshake followed with the announcement: “Welcome to the club!” After some photos with Roman in front of the aircraft, our sleeves could be rolled up again to push the lady back into the shelter. Completely wet with sweat (the aircraft has no air conditioning or ventilation when on the ground) it was time to have a drink and talk about what we had done the past half hour. That was 750 litres of kerosene, reached a top speed of 800+ km/h and a maximum acceleration of 5G several times. The end of a fantastic adventure that you normally can only dream of! But it can also become reality…

The rest of the afternoon and evening was really just Whatsapp, Messenger and Facebook from people who wanted to know what it was like (and if I was still alive ?)… And beer, nice cold beer. The next day, after a leisurely breakfast, I got back in the car for the 1015 km drive home, reminiscing about something very special! A lot of traffic jams, and while on the way a stone ended up between the brake caliper and brake disc of my car, forcing me to visit a garage, but oh well, I didn’t care. It’s the memory that counts, and nobody will never take that from me again. 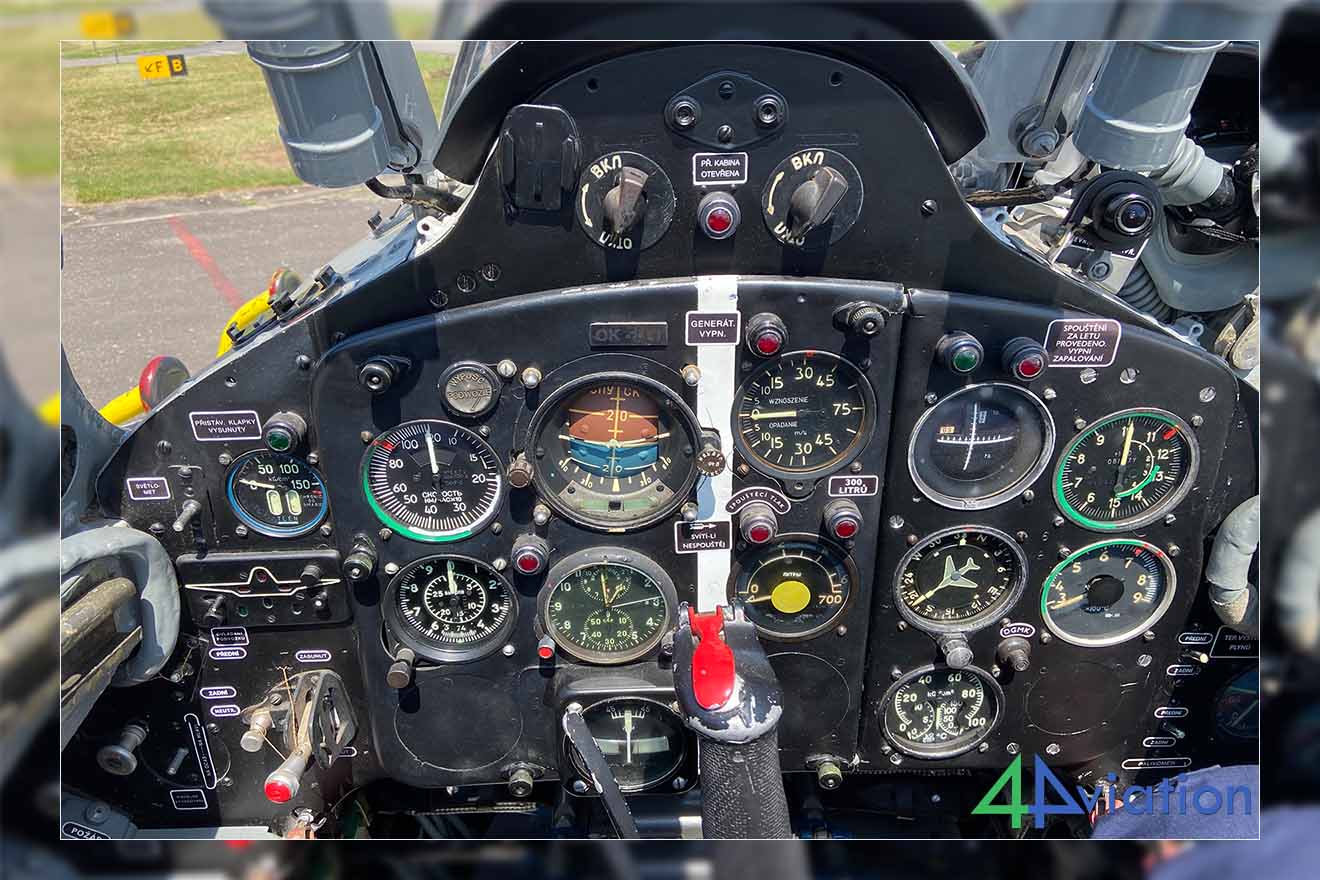 If you want to experience the MiG-15 flight yourself, please click here for more information.

A very cool video of the flight can be found here. 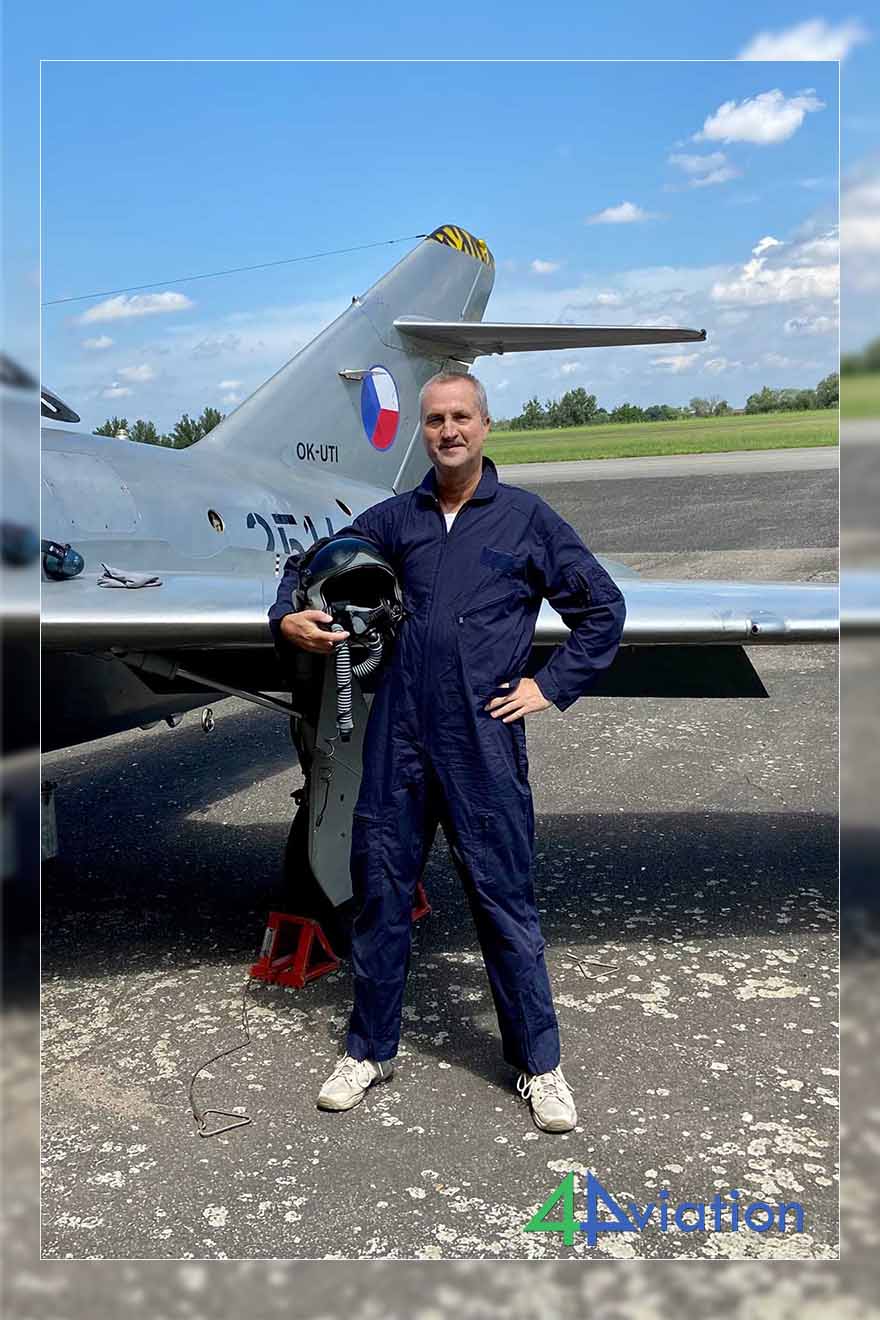 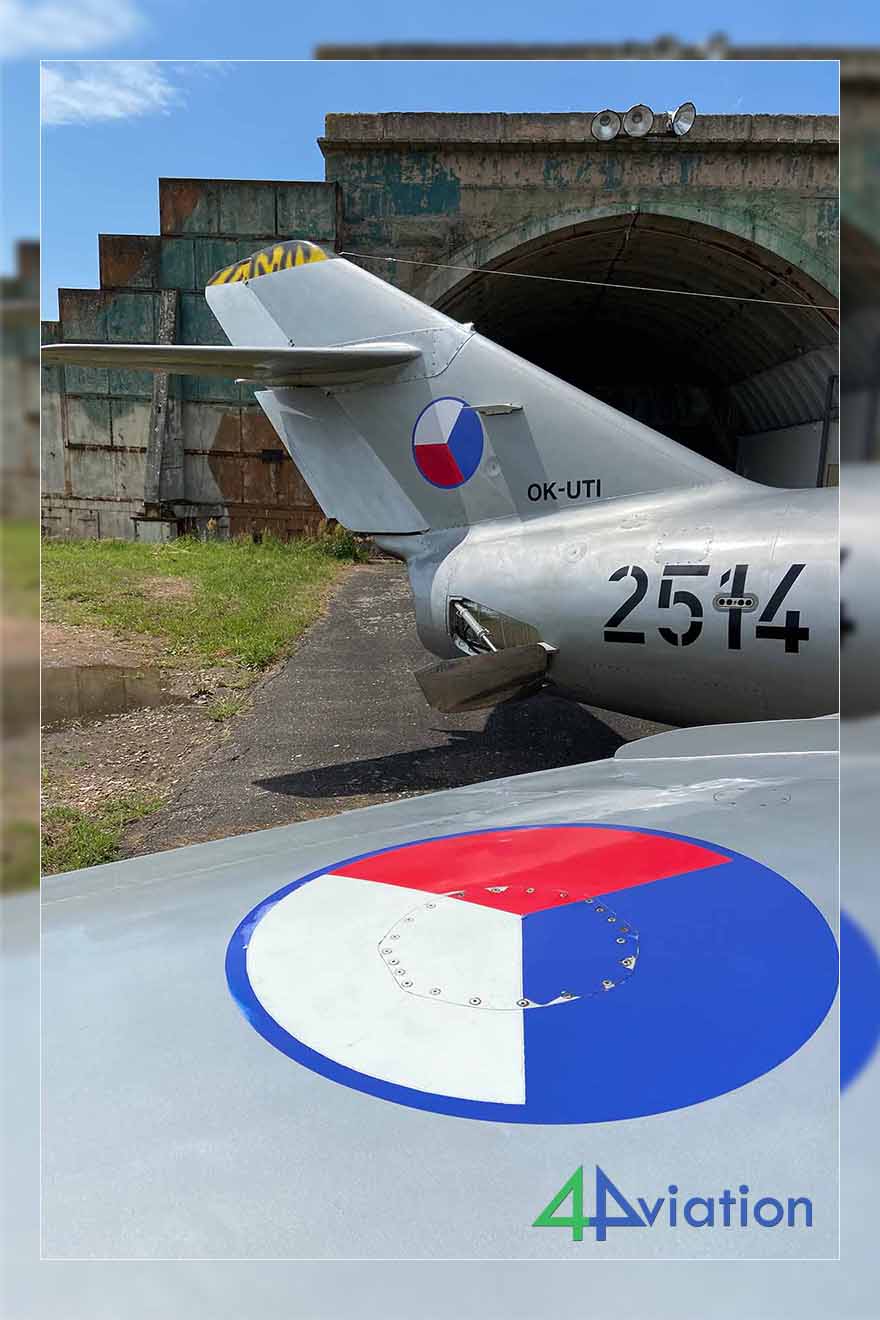